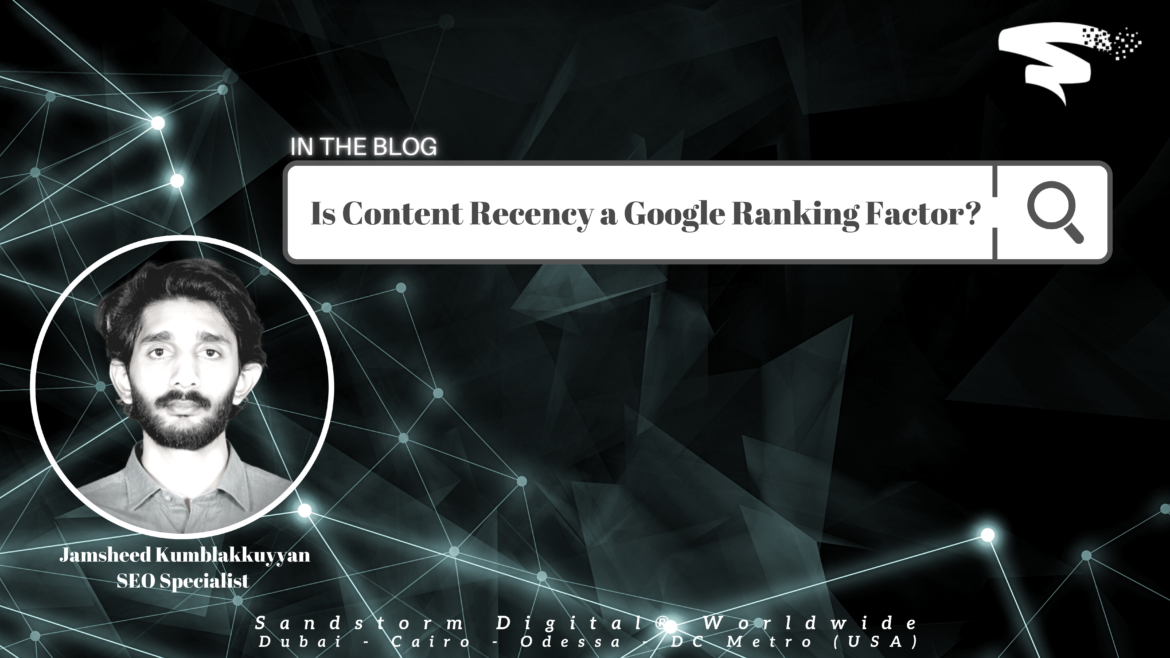 Content recency refers to recently published, updated, or rewritten content.  New content is more appealing and will most likely boost your search engine result page ranking (SERP) but how important is it as a ranking factor?

Content Recency is part of  Google’s ranking factor since 2011. In 2010  Google announced that the Caffeine update favors recently published or updated content, especially for time-sensitive searches. For certain pages, Google shows the date of a page’s last update. Google launched the freshness algorithm update in 2011.

Although content recency is an SEO best practice, it is still more important to produce quality content that is relevant to your audience. Evergreen content remains relevant, useful, and helpful if the information doesn’t change much from one year to the next but doing minor updates to that content will benefit the content recency factor.

Users prefer new content because it’s more likely to be accurate.  Google’s focus is on user experience, wanting to provide the user with ‘fresher, more recent search results. The impact of this factor is positive to both users and creators.

As a final note, I encourage you to revisit old content and update it whenever possible, adding relevant and new content frequently.  This ranking factor is important, however, it mainly affects sites with current news such as sports, celebrities, news, and weather.