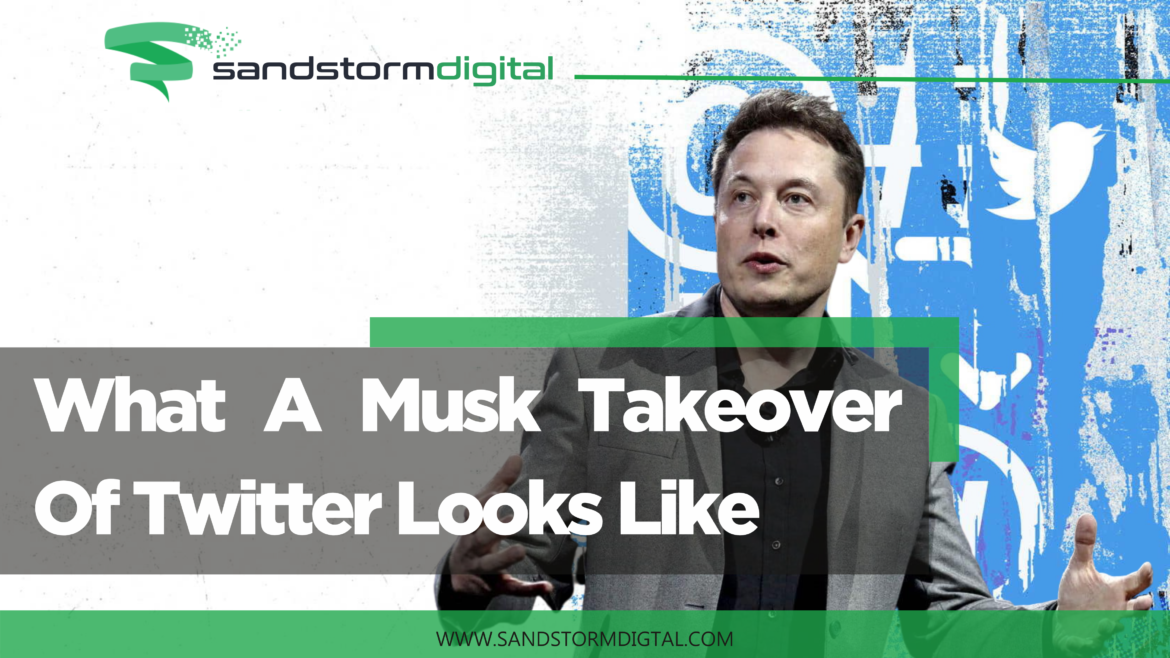 Should marketers be concerned about the takeover of Twitter by Elon Musk?

Earlier this year, Elon Musk offered to buy Twitter and ‘unlock’ its potential but soon after wanted to terminate his acquisition. This week, Twitter shareholders approved Elon Musk’s proposed $44 billion buyout, paving the way for a trial next month to determine the deal’s fate.

If you are confused about what’s going on, I’ll attempt to explain it! Are you ready?….. In a nutshell: Musk wanted to buy Twitter, but Twitter rejected the offer, but then decided they want it, well, at least the shareholders want it, at the same time a whistleblower stated major security risks in the platform, which led Musk to want to back out of the deal, requesting further information, accusing Twitter of concealing flaws in its data security, Twitter denies those accusations and sued Musk in a Delaware court to force him to complete the acquisition. so, for the moment, it’s all going to court.  Are you confused yet? So am I;)   But as marketers, what we are most interested in is the changes that will take place should the deal go through.

Musk has voiced his frustration in various ways, wanting Twitter to operate more freely, ( in Tedtalk, Qatar Economic Forum, his tweets, and from his court filings.) saying, he’d like Twitter to be an exclusive arena for free speech, giving some insight on how he’d like it to be done.  Here’s a summary of what a Musk-owned platform may look like:

Twitter invests a lot of human resources into content moderation and tries to keep the discourse civil by eliminating hateful speech, harassment, and disinformation, however, Musk seems to want that all abolished, calling it out as censorship. In a Tweet, Musk writes “I hope that even my worst critics remain on Twitter because that is what free speech means.”  This can be alarming for some, as not having community standards or content moderation can spiral negatively, leaving users vulnerable to harassment and misinformation. Having Twitter go private will make its process of moderating content less transparent, but Musk has said that his takeover is not to maximize his ownership of Twitter or monopolize it, but rather him wanting a public platform that is trusted and broadly inclusive for civilization.

Musk wanted out of the Twitter deal, as he alleges, that the platform has done a poor job of identifying and removing spam/bot accounts. Twitter claims that only 5% of its accounts are spam, Musk thinks it’s way higher than that.  In a July 2022 court filing, he was ‘flabbergasted’ by how meager Twitter’s process of identifying bots, where human reviewers randomly sample 100 accounts per day and apply unidentified standards, going on to say “That’s it. No automation, no AI, no machine learning.”  This point of contention provides a glimpse of how Musk will invest in  AI to eliminate/reduce bots.  Now Musk is arguing that he should be allowed to call off the purchase because Twitter has understated its bot problem.

Advertising Will be Deprioritized

Musk had previously stated that he ‘Hates advertising’. He advocated  “no ads,” explaining that “the power of corporations to dictate policy is greatly enhanced if Twitter depends on advertising money to survive.”And will likely suggest revenue by charging users to be on the site.  However since Ads account for roughly 90 percent of Twitter’s revenue, he may back down on this.

VP, Research Director at Forrester suggests that advertisers will not align themselves to risky content and most likely switch to other platforms, putting a great risk on the main revenue of Twitter.

“I also want to make Twitter better than ever…. making the algorithms open source to increase trust, defeating the spam bots, and authenticating all humans,” said Musk.

Open-sourcing the algorithm may not make a meaningful difference to transparency at Twitter. Simply uploading code won’t explain the platform’s inner workings, it could introduce more serious security risks tough. Open sourcing could make the entire code base of the website accessible to all, allowing hackers access to exploit the software.   It will be interesting to see whether he will move forward with this promise.

There will certainly be more innovation on the platform, “I also want to make Twitter better than ever by enhancing the product with new features,” emphasized Musk, proposing various new features.  Although we will see more features crop up should the deal go through, here are a couple he has advocated for:

What are your thoughts on a Musk takeover of Twitter?    What will happen to Twitter if Musk officially takes over is all speculation, although Musk as a majority shareholder of the platform has hinted at the changes he will undertake.