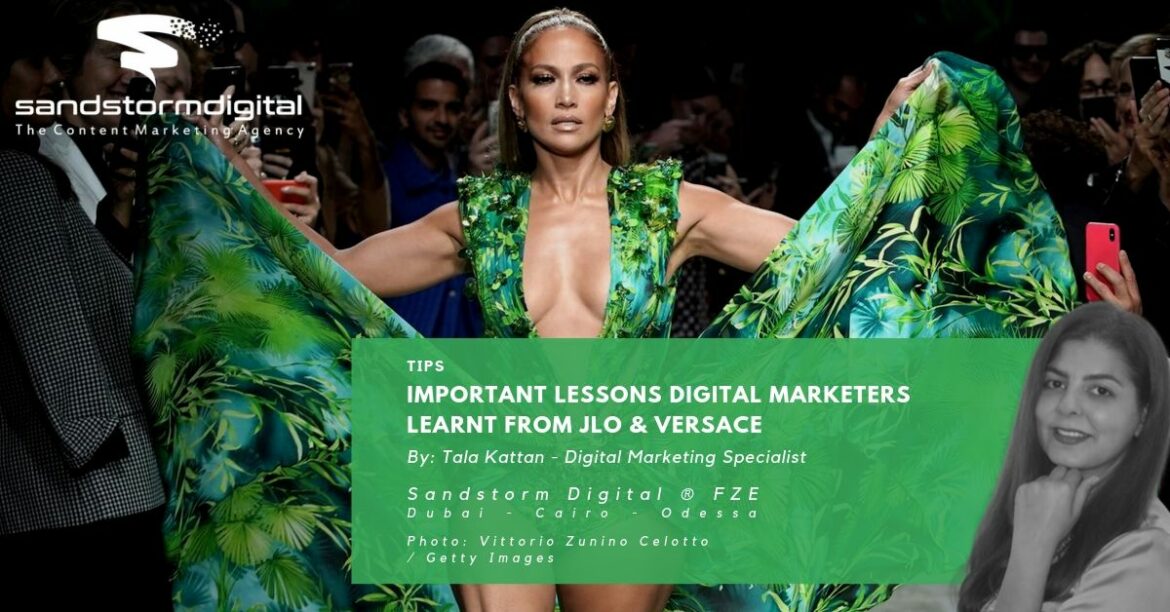 The ‘Fashionable’ Birth of Google Images.

20 years ago, Google saw a large spike in search for a certain image.

It was just after the 2000 Grammy Awards, where people were searching for Jennifer Lopez’s green dress.  Google at the time was quick to realize that their users wanted to search for images and not just text.  This gave the inspiration to create Google Images.

20 years later, and it’s happening all over again.  Jlo, Versace and Google collaborated for the SS20 Milan fashion week and we are seeing another spike on image query.

Here are  3 things Digital Marketers Learnt from Jlo and Versace:

Going Viral [Online] in the making

You could say that Jlo’s iconic look 20 years ago was the first viral image of its kind, an internet phenomena.  The dress was discussed for weeks after the event, Images of Lopez in the green dress were downloaded from the Grammy website 642,917 times in just 24 hours after the event.  “At the time, it was the most popular search query we had ever seen.” said Former Executive Chairman at Google.

Marketers learnt then that in order for content to spread quickly it needs to be timely and engaging.  It’s quite astonishing that the image has made a comeback 20 year later.

Listen to your audience

Google’s launch of Google Images is one of the best practice case studies on the importance of listening to your audience.  They realized the need for an image search engine and created it soon after this realization.

The Shift from text to visual is real.

A fashion house, Versace and a celebrity, Jlo unknowingly had a large impact on the digital revolution.  The conclusion is that a large number of people prefer image to text.

In 2019, most marketers say visual images are the most important form of content for their business.